Medical pendant arms with tray
for small surgery, tattooists and beauticians
B&D has three tray sizes that are placed on its arms, allowing to obtain perfect distribution arms, both fixed and articulated, ideal for small surgery, aesthetics and tattoo artists.
Our distribution systems allow supporting up to a maximum weight of 7 kg.
Two large capacity trays, one of which is equipped with a convenient electrical socket, allow the most varied tools and devices to be placed on the workstation: from colors, machinery, to the brushes or scalpels ... The lower tray on request can include fingerprints to firmly position two glasses.
The advantages of this station are manifold, starting from making the study area completely free, allowing it to be easily combined with the position of the chair and allowing greater freedom of movement for the professional.
Our system rests completely on the ceiling, on the wall or on a surface, it can reach any position in a radius of 2 meters, following the professional, in every movement. 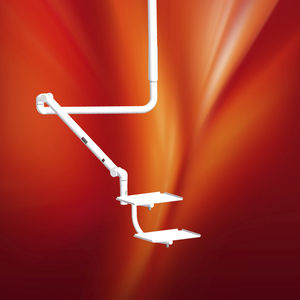 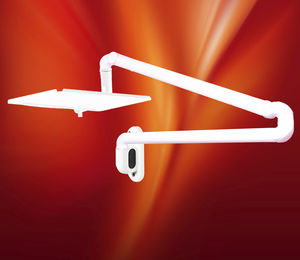 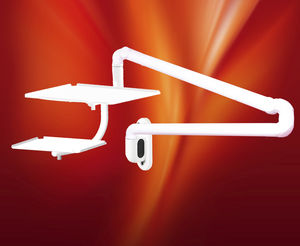 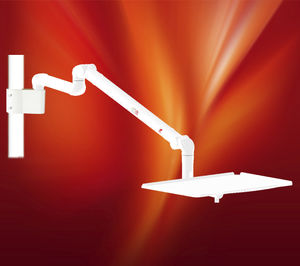 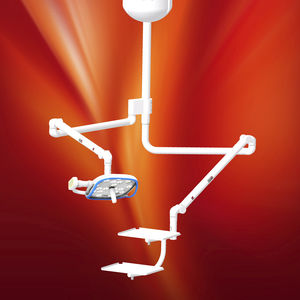 medical pendant / ceiling-mounted / articulated / with surgical lamp S200 + BRTA7880DT
Related Searches
*Prices are pre-tax. They exclude delivery charges and customs duties and do not include additional charges for installation or activation options. Prices are indicative only and may vary by country, with changes to the cost of raw materials and exchange rates.
Compare
Don’t compare this product
Compare up to 10 products