Autoimmune diseases and the role of IFAThe impact of autoimmune diseases has grown exponentially both from a clinical and a diagnostic point of view over the past few decades. The knowledge of the pathogenic mechanisms underlying autoimmune diseases contributed to identify new autoantibodies and new diagnostic/prognostic assays have been developed.Antinuclear antibodies (ANA) are important elements in the diagnosis of a variety of autoimmune diseases, especially ANA-associated rheumatic diseases (AARD), and indirect immunofluorescence (IFA), although it has been in use for over 50 years, is still the recommended method to screen for ANAs. Specifically, according to the recommendations of the American College of Rheumatology, ANA Task Force, the IFA assay on human epidermoid laryngeal carcinoma (HEp-2) cells represents the gold standard for ANA testing.Nevertheless, performing ANA testing with IFA is time-consuming, labor intensive and burdened by some unfavorable features, such as the need for expert reading by skilled operators, a high rate of subjectivity and the low degree of standardization. 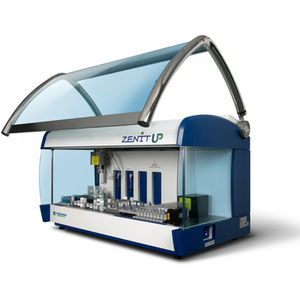 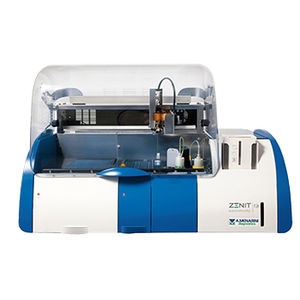 laboratory microscope / digital / fluorescence / LED Zenit G-Sight
Related Searches
*Prices are pre-tax. They exclude delivery charges and customs duties and do not include additional charges for installation or activation options. Prices are indicative only and may vary by country, with changes to the cost of raw materials and exchange rates.
Compare
Remove all
Compare up to 10 products