Otopront has been trusted and appreciated by ENT specialists for more than 60 years now. The closer the links between markets and people on a global scale, the greater the demand from customers all over the world. Otopront has evolved from a company with a primarily German customer base to a globally operating enterprise. In more than 60 countries across the globe Otopront is represented with a reliable sales and service network. Every single member of the Otopront team shares responsibility for providing satisfaction to our customers. Taking on responsibility means commitment to an ideal and doing everything possible to achieve set goals. That's what we mean by trustworthiness. 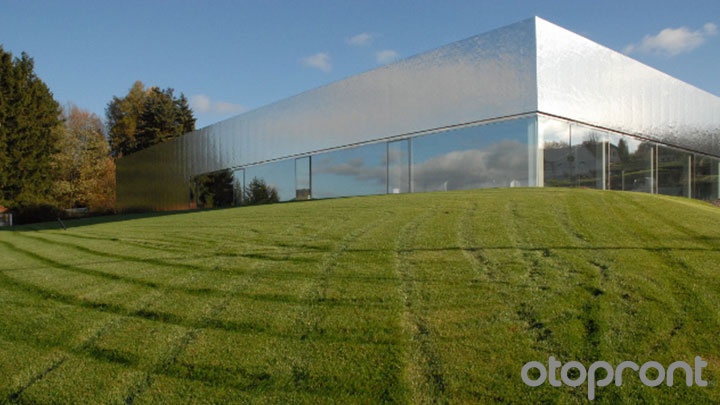 Important steps in the history of OTOPRONT units included the fitting up of a number of university hospitals (Heidelberg, Würzburg, Hamburg, Cologne, Erlangen) in the 1959-1961 period. Also, all major German Army hospitals chose OTOPRONT diagnostic and treatment units.
In 1980 the founder and owner of Jost & Happersberger KG retired. The organisation was handed over to the next generation and the company was renamed Happersberger otopront GmbH.
The product range has been continuously expanded and upgraded ever since. After the classics Freiburg and Ravensburg from the 60s and 70s, the series ESSEN followed, 1996 succeeded by BASIC PLUS. With well over 5000 sold copies, this model is the most successful ENT device. Otopront will continue to accompany the advancement of medicine in the future with sophisticated solutions.
Another focus is on the continuous development of diagnostics, video endoscopy and imaging in the ENT area. Since the release of our first portable video system PES1 in 1996, Otopront videoendoscopy has been completed as a comprehensive ENT product company.
The concept for the first ENT diagnostic and treatment unit in Germany was developed on the basis of a dental unit. This multifunctional device was presented in 1950 at the ENT congress in Bad Kissingen by C.H. Happersberger, who continued to set up the company Jost & Happersberger KG.
The unit was further refined in a collaborative effort involving committed ENT physicians, in particular the former chief of staff of the ENT Department at Wiesbaden City Hospital, Dr. Preusse, and his senior physician, Dr. Müller. It was Dr. Preusse who created the name OTOPRONT.
ENT diagnostic and treatment unit OTOPRONT, 1953. The very first Otopront product line was hugely popular at home and abroad. 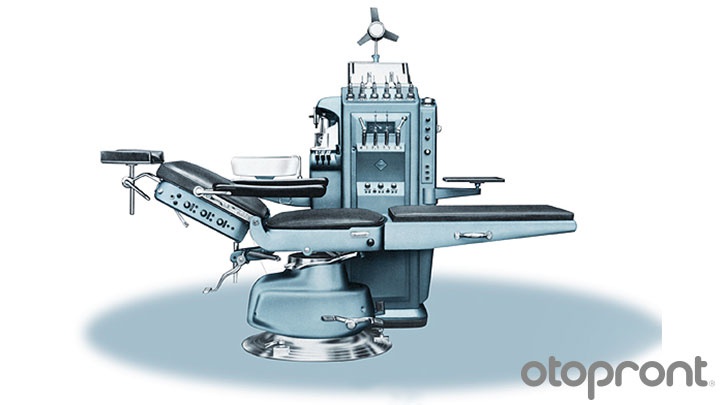