Quanta System is an important player in the worldwide laser technology market, specializing in 3 scientific fields: Surgery, Aesthetics and Art.
These distinct sectors are united by a common methodology, focus on quality of life and care for the people who benefit from Quanta’s technologies.

Quanta’s drive to innovation is evident in the constant effort to introduce new technologies and devices that satisfy the most demanding requirements.
The top value of the company is research - which we call Discovery - and is embedded in the company DNA. Discovery satisfies the human need to research, finding whatever technology is necessary, culminating in the best solution to both physicians and patients.

Quanta deeply follows the tradition of our Italian heritage, a population rich in explorers and great inventors.
Quanta’s successes around the world confirm the strong push for innovation and the internationalization of Italian projects and technologies.
They represent our commitment every day to explore systems for Aesthetics and Surgery, always led by the principle of “taking care of people, our masterpieces”. 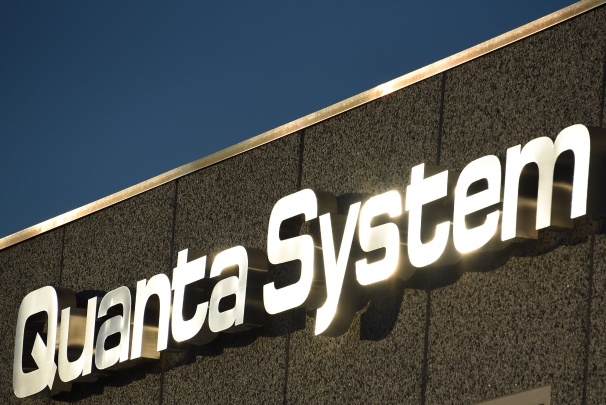 Quanta System was born in 1985 as a spin-off of CISE, one of the biggest research centers in laser and optics in the world. Our first steps were in high-energy and plasma physics, spectroscopy and light-matter interaction. The first lasers for art conservation were developed in 1994.

At the origin of Quanta’s history, we also designed mobile systems that were based on trucks or aeronautical vehicles for environment pollution monitoring (LIDAR, DIAL and LIBS) for air and soil.

Others have been developed for many International Space Agencies. Additionally, many lasers were synchronized with synchrotron light, or are still working at CERN in Geneva (LHC). In the early 1990’s, Quanta’s industrial division developed marking, drilling, welding, micromachining and cutting lasers (some used for diamonds), and technologies for top firms throughout the world. We began our work in the field of medical lasers for Aesthetics in 1997.In 2004 Quanta became part of the El.En. Group, listed on the Italian Stock Exchange. The Group led by El.En. SpA is a respected entity in the field of businesses working to provide excellence in technological research and high quality manufacturing. The companies of the El.En. Group design products and advanced solutions in pursuit of accuracy, excellent value for the money, reliability, respect for the environment, and effective and efficient post-sale matters. In 2008, another big challenge was addressed in the development of cutting edge surgical lasers. Throughout these years of innovation, Quanta has earned a worldwide reputation for excellence in three main segments: Surgery, Aesthetics and Art.