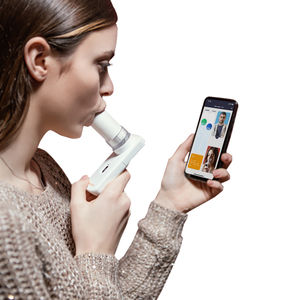 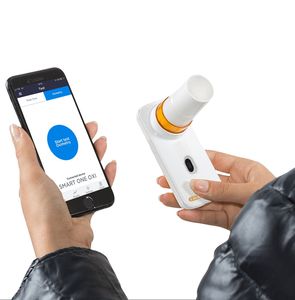 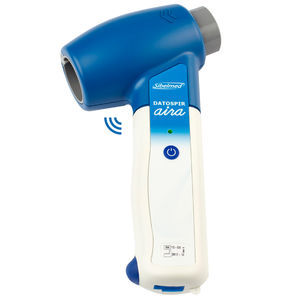 DATOSPIR AIRA is a portable spirometer developed by the SIBELMED R&D&I department. USB and BLUETOOTH communication systems. The versatility of the Datospir Aira makes it the ideal spirometer for ... 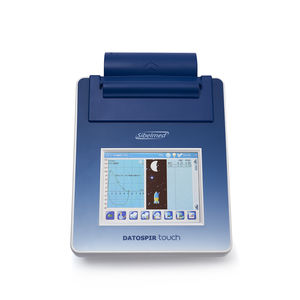 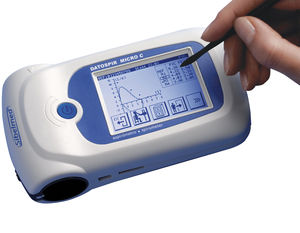 ... MICRO is a portable spirometer developed by the SIBELMED R&D&I department. Model C incorporates communication systems (USB and BLUETOOTH) and a touchscreen. It features a robust case and a long-lasting battery, so ... ... laboratory based on the unique ultrasonic measurement principle of GANSHORN. It enables the exact determination of all spirometric parameters. As the first of its kind the SpiroScout simultaneously measures flow and ... 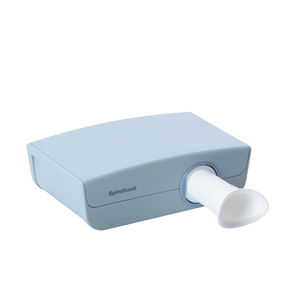 ... concept offers many benefits, as it simplifies the handling of the measurements and the data management for both ECG and Spirometry recordings. There are no moving parts, no filters to change, no screens to catch sputum ... 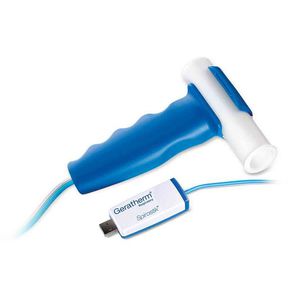 ... making it the first choice for measurement of lung function. The Spirostik has been designed to give accurate measurements of spirometry in line with ATS/ERS guidelines. Excellent design coupled with high level German ... 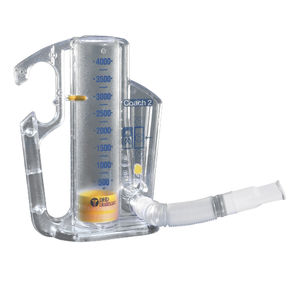 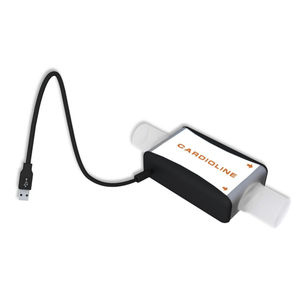 pneumosPC is a precision spirometric acquisition device, able to measure the most important respiratory functional parameters such as FVC, VC, MVV. It is easy to use and particularly light (weight is only 145 grams). Ultrasonic ...

pneumosPC is a precision spirometric acquisition device, able to measure the most important respiratory functional parameters such as FVC, VC, MVV. It is easy to use and particularly light (weight is only 145 grams). Ultrasonic ... 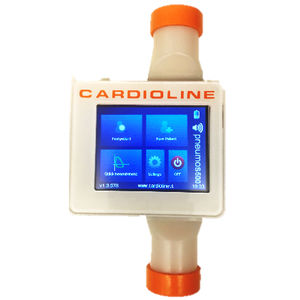 pneumos500 is a portable spirometer that can measure the most important respiratory parameters such as FVC, VC, MVV. Compact and lightweight (300 g), simple to use, it comes with a touch-screen color display 3.3". pneumos500 ... 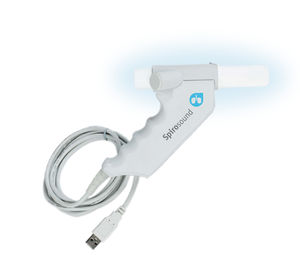 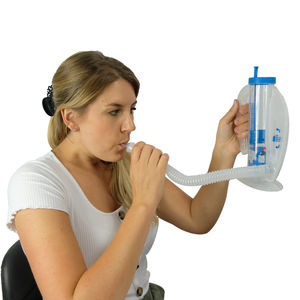 ... evolution from Vitalographs range of world leading spirometers. With vastly increased power, and storage capacity to accommodatemany other types of medical device connectivity, the integrity of the spirometry ... 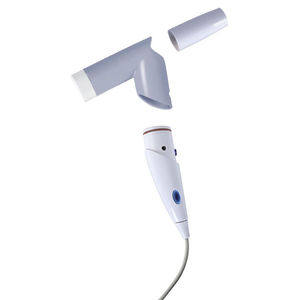 custo spiro mobile allows precise measurements in just one breathing manoeuvre, even if house calls are made. custo spiro protect – the gold standard in bacterial and viral filters – gives your patients maximum protection against infection. ... 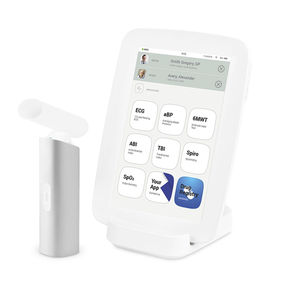 MESI mTABLET SPIRO - The most versatile digital spirometer - Wireless mode of operation for practice or home-care use. - Pneumotachograph technology with integrated self-calibration for accurate measurements at any ...

One of the key factors in determining the accuracy of a spirometer is its accuracy in evaluating lung function. This portable and lightweight device is known for its high performance measurement and the chances of comparing ... 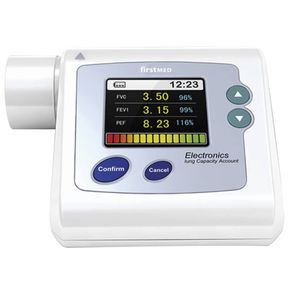 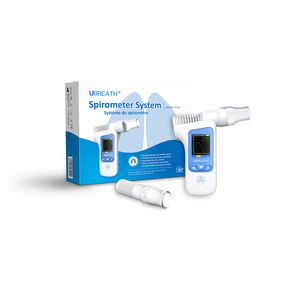 UBREATH Spirometer System（Model No. PF280）is a high-quality, easy to use, portable spirometer that delivers an ideal combination of portability, accuracy and safety. And it also helps doctor analyze the ... 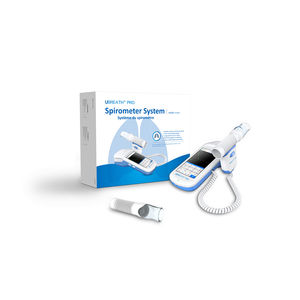 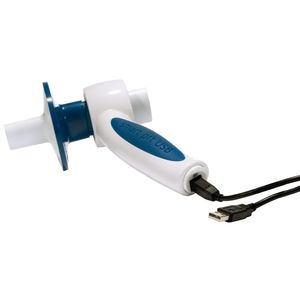 A powerful spirometer with high-precision technology and a wide range of testing options MODERN AND HIGH-PRECISION EQUIPMENT IN SPIROMETRY The design of our diagnostic devices focuses on people. They ... 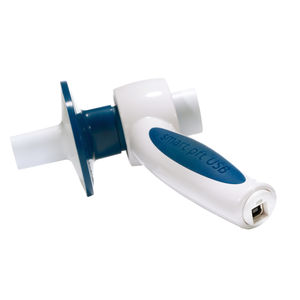 A wireless spirometer with high-precision technology and a wide range of testing options The design of our diagnostic devices focuses on people. They are designed to make the unfamiliar medical environment as pleasant ... 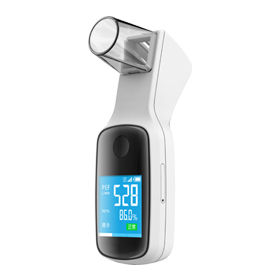 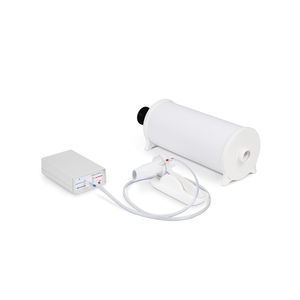 SpiroccoS1 is an easy-to-use spirometer for home and professional use. SpiroccoS1 is a user-centric device that uses digital solutions to enhance the measurement of respiratory function and supports personalized therapy. It ...

Description The Spirolyser SPL-10 USB is a computerised digital spirometer with a Fleisch-type sensor. Delivered with V6, its measurement and spirometric treatment software, tests are readily performed, ... 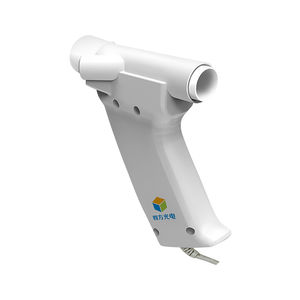 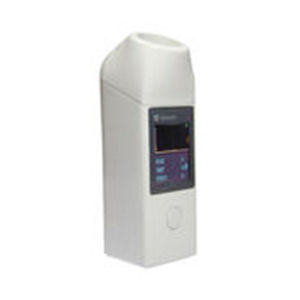 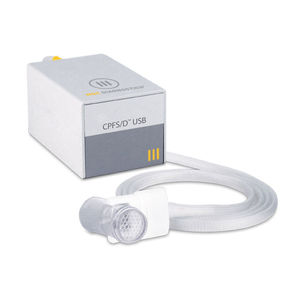 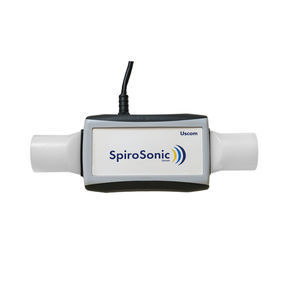 Your suggestions for improvement:

How to choose this product 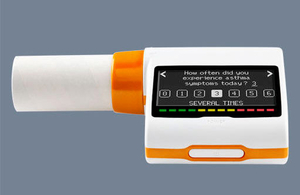 A spirometer measures air volume and flow rate during respiration.

Spirometry is the most common method for testing respiratory function. It can be used to diagnose a particular respiratory condition, reveal disease at its early stages and measure the effects of a non-respiratory illness on breathing function. It is also frequently employed before thoracic or abdominal surgery.

Bench models are found in respirologists' offices, while portable units are used for ambulatory care. Some include a pulse oximeter so that several tests can be carried out with the same device. Those linked to a wireless network allow the doctor to monitor a chronic patient more easily.

Choice will depend on instrument precision, especially when monitoring a patient during an entire day. The type of flow rate sensor is another important factor.

Receive monthly updates on this section.

Extend the search
Search by manufacturer
Average score: 3.6/5 (27 votes)
With MedicalExpo you can: Find a nearby distributor or reseller| Contact the manufacturer to get a quote or a price | Examine product characteristics and technical specifications for major brands | View PDF catalogues and other online documentation
*Prices are pre-tax. They exclude delivery charges and customs duties and do not include additional charges for installation or activation options. Prices are indicative only and may vary by country, with changes to the cost of raw materials and exchange rates.
Compare
Remove all
Compare up to 10 products