Rapid and Sensitive Glycerol Detection in Biological Samples
The Glycerol-Glo™ Assay is a bioluminescent assay for rapid and sensitive measurement of glycerol in a variety of biological samples, including cells grown in monolayer or 3D structures, cell culture medium, tissues and serum samples. Glycerol is often measured as the product of lipolysis, where it is released from triglycerides. Glycerol is also a substrate or product of many other enzymatic or metabolic processes that can be studied with the glycerol assay. Any processes that result in changes in glycerol concentration, both extracellular and intracellular, can be studied with the Glycerol-Glo™ Assay.

How the Assay Works
The Glycerol-Glo™ Assay measures glycerol in a coupled reaction scheme that links the production of NADH to the activation of a proluciferin that produces light with luciferase. Glycerol kinase and glycerol-3-phosphate dehydrogenase are used to generate NADH.

In the presence of NADH, Reductase enzymatically reduces a proluciferin Reductase Substrate to luciferin. Luciferin is detected in a luciferase reaction using Ultra-Glo™ Luciferase and ATP and the amount of light produced is proportional to the amount of glycerol in the sample. 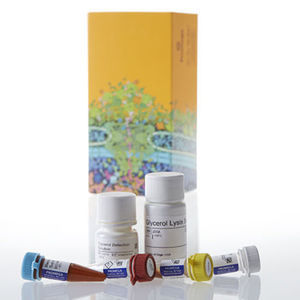 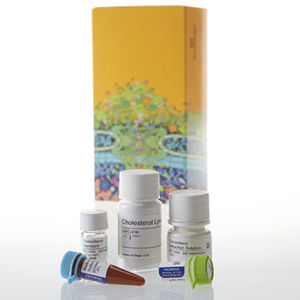 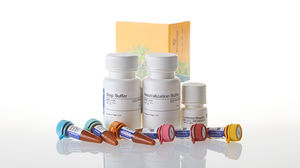 glucose uptake assay kit / for cancers / for medical research / for diabetes Glucose Uptake-Glo™
Related Searches
*Prices are pre-tax. They exclude delivery charges and customs duties and do not include additional charges for installation or activation options. Prices are indicative only and may vary by country, with changes to the cost of raw materials and exchange rates.
Compare
Remove all
Compare up to 10 products