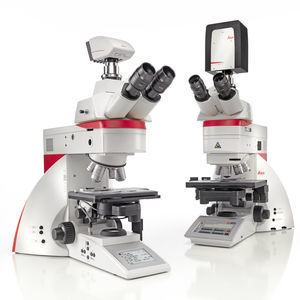 ... the Leica DM4 B or Leica DM6 B upright digital research microscopes! Both are ideally suited to making your work life easier in biomedical research and clinical labs alike. -Simplify your workflow ... 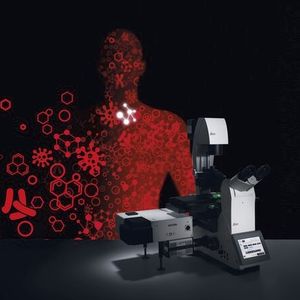 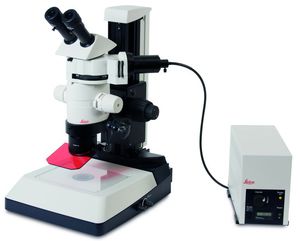 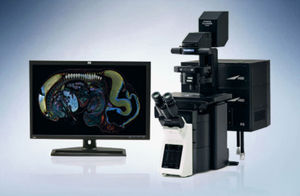 ... confocal laser scanning microscopes meets some of the most difficult challenges in modern science. Featuring the high sensitivity and speed required for live cell imaging as well as deep tissue observation, the FV3000 ... 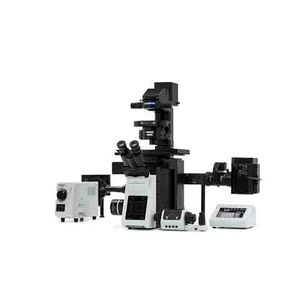 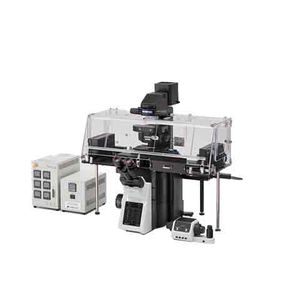 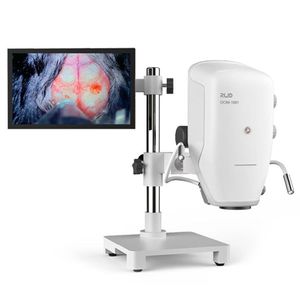 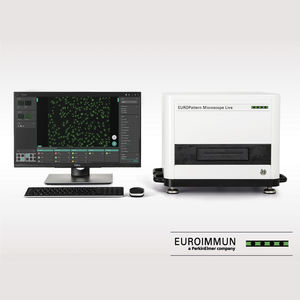 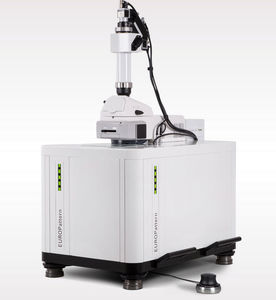 ... capacity and automated processing of up to 500 positions in one run •High-throughput immunofluorescence microscopy – over 250 fluorescence images can be recorded and automatically evaluated in just one ... 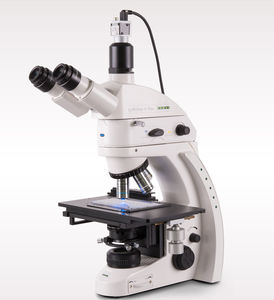 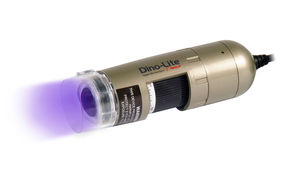 The AD4113T-I2V features both IR (~940nm) and UV (~395nm) LED lighting in a single device. Multiple lighting options provide the ability to view magnified objects under normal external lighting sources such as white light or under near ... 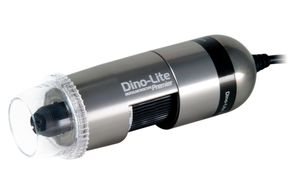 The Dino-Lite AM7013MZT4 has a 5 megapixel sensor for crystal clear images. With its high magnification of 400~470x, it reveals even the smallest details on all kinds of objects. The built-in adjustable polarizer reduces glare and reflection ... 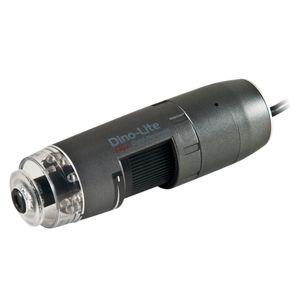 ... features a greater working distance at high magnification making it easier to watch and move very small objects under the microscope. 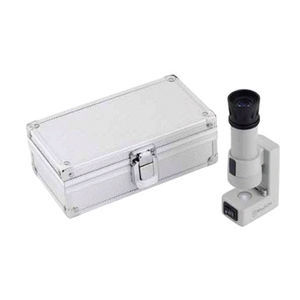 The MedGyn Mini-Microscope features high-magnification and illumination, created for a cytological review of cervical or endometrial cells. This mini-scope features a compact design, with up to 60x magnification, a linear ... 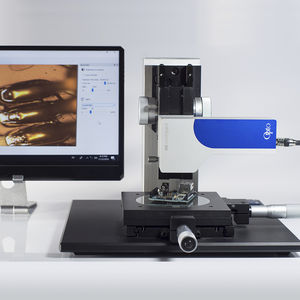 The new "Machine Vision Microscope" (MVM) is a purely digital microscope with all the features that make a microscope. It has an apochromatically highly corrected ... 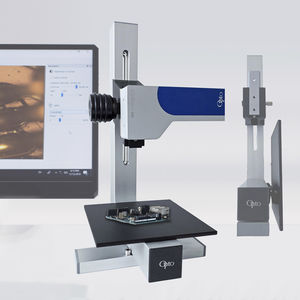 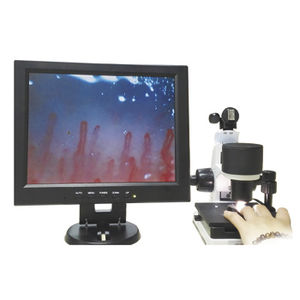 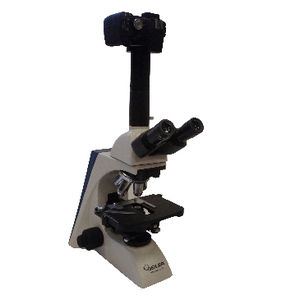 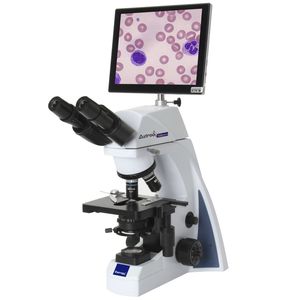 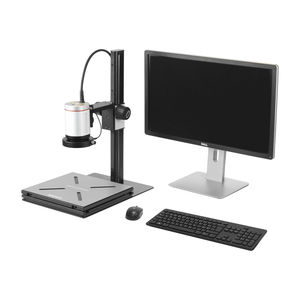 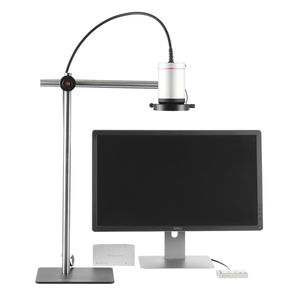 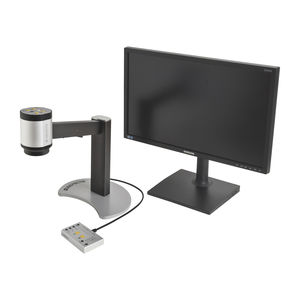 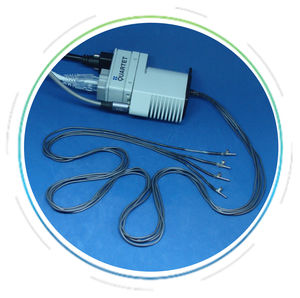 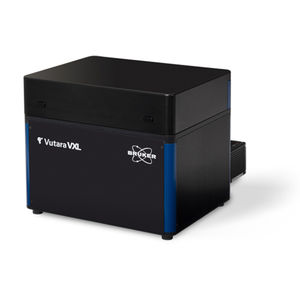 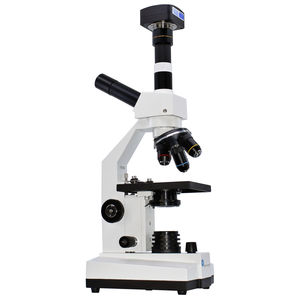 Microscope BMS 100 FL LED The BMS 100FL is for many years the one stop solution for educational microscopy. We combine fantastic optics with an extreme strong microscope stand. All the parts are locked ... 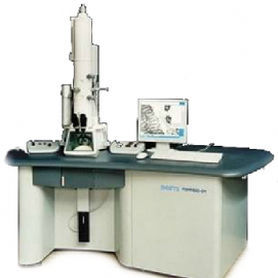 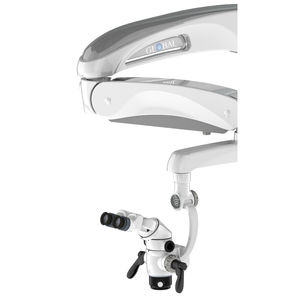 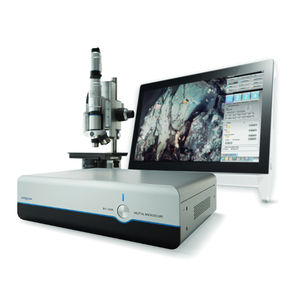 New Mounting System Fast and easy mounting of the camera using bayonet system with built in electrical connections for automatic lens and adapter selection, control of the rotation and more... without additional cables. Up ...

Your suggestions for improvement:

How to choose this product 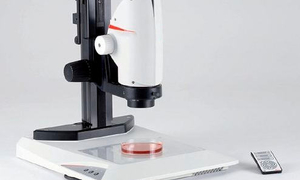 A digital microscope has a built-in digital video camera. Thus, the image seen through the eyepieces is produced by the camera rather than a system of optical lenses.

These devices are progressively replacing optical microscopes in cytology and anatomic pathology laboratories because of their great precision.

In such microscopes, the video camera is an integral part of the system, in contrast to certain optical instruments with an added camera which can be used when needed. One of their main characteristic is the number of eyepieces, usually one or two. Some use LED illumination.

Choice will depend on magnification, resolution and the necessary software. Selection of a monocular or binocular instrument is another important factor.

Receive monthly updates on this section.

Extend the search
Search by manufacturer
Average score: 4.1/5 (65 votes)
With MedicalExpo you can: Find a nearby distributor or reseller| Contact the manufacturer to get a quote or a price | Examine product characteristics and technical specifications for major brands | View PDF catalogues and other online documentation
*Prices are pre-tax. They exclude delivery charges and customs duties and do not include additional charges for installation or activation options. Prices are indicative only and may vary by country, with changes to the cost of raw materials and exchange rates.
Compare
Remove all
Compare up to 10 products